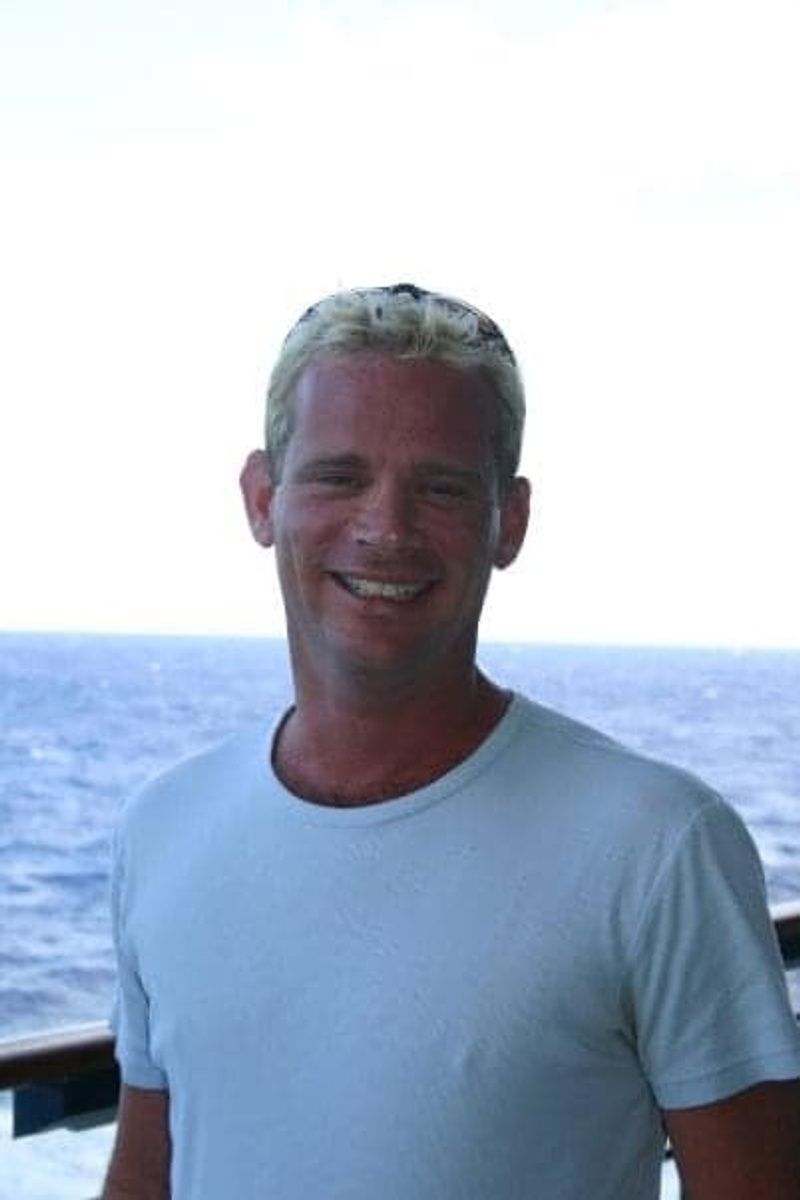 Derrick Joseph Carr, 51, died in Charleston, SC on February 4, 2022, after a long illness. Loving husband of the Rev. Frederick S. Baldwin and son of Margaret Freeman and the late Daniel Carr, he was born in Summit, New Jersey on June 2, 1970. He attended Somerville High School and received an associate degree in design at the International School of Design in Tampa, Florida.
Derrick was a ray of sunshine to all those who knew or met him, outgoing, ready to speak to complete strangers who shortly became friends, bringing laughter and kindness wherever he went. In the days after 9/11 Derrick helped establish an emergency crisis center at St. Bernard's Church, Bernardsville, NJ, meeting every person arriving from lower Manhattan at the train station and manning phone banks through the night hours at the center, for which he was awarded the Courier News Hero Award.
After moving to Tampa with his husband he received his associates degree. Ever the adventurer, they began a five-year RV tour of the United States and Canada. Derrick drove a 38-foot RV which he labeled "Large Marge" trailing his beloved Porsche named "Mini Marge". At each of over 200 RV parks he would lower the outside awning, set up an elegant table and make dinner for nearby RVers. Hospitality, humor, friendliness, kindness, mischief, and laughter were the hallmarks of his personality.
Derrick and his husband finally settled in Charleston, SC where he worked at Low Country Wine and his husband was the Chaplain of Lutheran Hospice. He is survived by his partner/husband of 22 years, their daughter Lilli Baldwin, his mother, sister Ann Marie, brothers Matthew, Daniel, Rory and their spouses Emily and Teresa, 8 nieces and nephews, and his beloved dog Junior. A celebration of life will be held Saturday, April 2, 2022 at St. John's Episcopal Church, 158 W. High St., Somerville, NJ 08876 at 11:00 am followed by a reception. In lieu of flowers gifts may be made to an animal shelter.
To order memorial trees or send flowers to the family in memory of Derrick Joseph Carr, please visit our flower store.