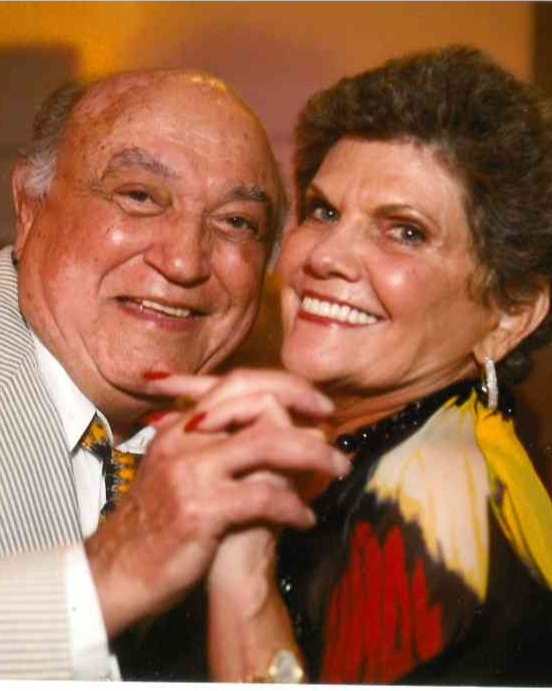 Col. Nick Wackym, Jr passed away with great peace and dignity November 19, 2022. He was the son of the late Fred N. Wackym and Coralee McDonald.  A true son of the Atomic Age and a Jet-Age aviation pioneer, Nick spent a career in the USAF as a Command Pilot, Squadron Commander and Wing Commander.
Born on August 23 1931, in Columbia, SC, Nick was a 1949 graduate of Dreher High School.  A stellar athlete, he went on to The Citadel with a football scholarship. Of note, during his athletic career while playing both center and nose-guard positions, he was on the Citadel football team that beat the much stronger University of South Carolina in 1950 by a score of 19-7.  In addition to football, he was an avid golfer, handball player and sports enthusiast.
Following his graduation from the Citadel in 1953, Nick was commissioned a second lieutenant in the USAF. Upon completion of undergraduate pilot training in 1954, he was assigned to Ellington AFB, TX, as a transport pilot. There, he met his wife of 51 years, the former Marie Biscamp of Beaumont, TX.
What followed was a journey of multiple adventures all over the world with a variety of challenging assignments and multiple, different aircraft all with increasing responsibility and priority to this Nation.
At one point, Nick was the youngest jet bomber pilot in the USAF. He was also personally awarded an Air Medal for bravery and promoted on the spot by none other than Gen. Curtis Lemay, at the time Chief of Staff / USAF.  He was the squadron commander of the C-141 unit that repatriated the US POWs from Hanoi following the end of the Vietnam Conflict.
Nick’s aviation bravery and expertise were exemplary during his very active USAF aviation career with assignments ranging from the B-52 during the Cold War to his still-classified activities supporting the fabled CIA elements of “Air America” in Laos during the Vietnam conflict.
Following his USAF retirement in 1980, Nick relocated to Charleston, SC, where he met Linda Renken, whom he wed in 2010. He quickly became loved by her family and friends and they enjoyed 15 wonderful years together.
Linda considered Nick her gift from God in the dark days following the death of her son, Matthew Renken. Matthew and Nick were kindred spirits who loved Linda and each other without reservation. Nick had a warm engaging personality who truly never met a stranger. He was a "Dapper Dresser" who never missed an opportunity to hit the dance floor. At other times he could be seen walking his dog Scamp and socializing with the neighbors. He was a mans man who was completely unafraid to show his softer side. He was a member of the Arion Society, Order of Daedalians, Quiet Birdmen of America, Elks Club International, Rotary International among others. He attended St. Matthews Lutheran Church.
Nick will be missed by all who knew him, especially his wife, Linda Renken of Charleston, SC, brother, Phillip A. Wackym, of Columbia, SC, daughter, Susan Daniel (Jerry) of Beaumont, TX, two sons, Lt. Col. Bryan Lawson (Holly) of Beaumont, TX, and Lt. Col. Nick Wackym, III (Sally) of Summerville, SC, Robin Renken (Alex Dallis), Roxanne Blakely (Steve), Ralph Renken, Jr, and the late Matthew Renken, along with grandchildren Tori Gill (Ricky), Rebecca Wackym, Jeffery Lawson, Lisa Ackley, Melissa Matt, Kimberly Jeffcoat, Betsy Brabham, Blair Blakely, Brittany Scarano (Luciano), 15 great grandchildren and nephews, Dr. Ashley Wackym (Jeremy), and Paul Wackym. Nick also shared a deep bond with Linda's nephew Thad Hoshall and his wife, Jessica.