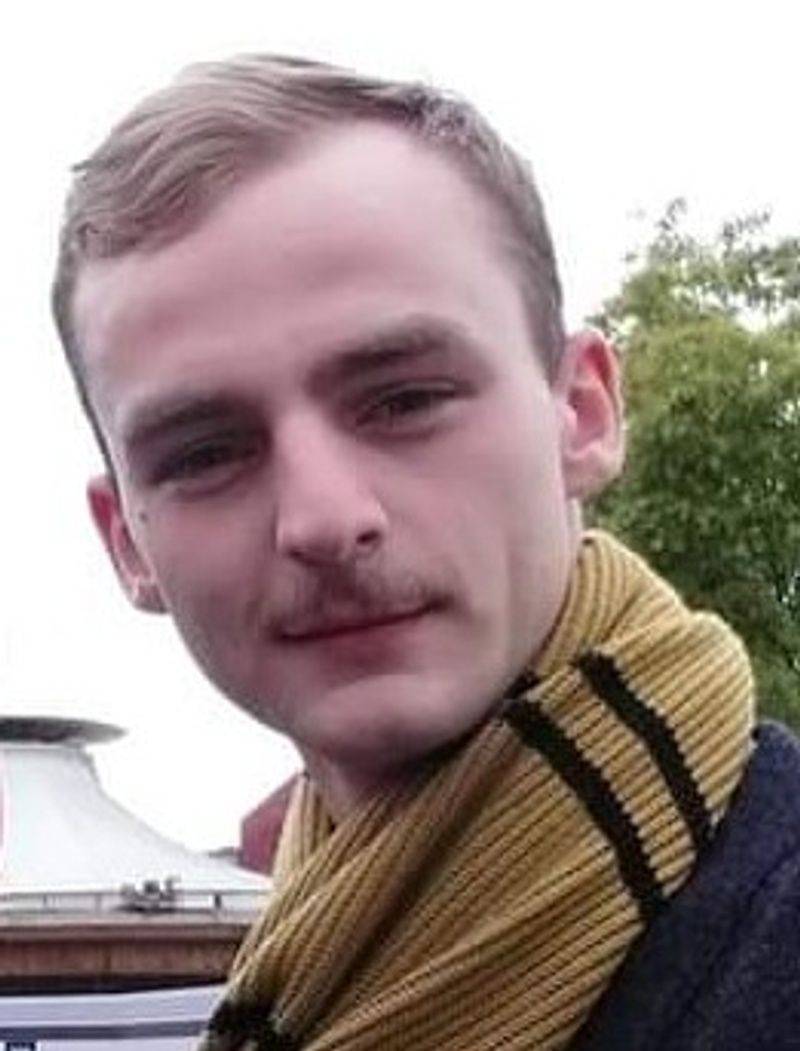 Cody Allen Couch passed away on August 22, 2021 at the age of 26. The family will receive friends on Friday, September 17, 2021 at the J. Henry Stuhr Inc., West Ashely Chapel from 3:00 p.m. to 6:00 p.m. There will be a full military honors ceremony at Beaufort National Cemetery in Beaufort, South Carolina, this Monday, September 20, 2021 at 10:00 am. The funeral service will be available via Livestream by using the following link: https://youtu.be/PbvzQtIrPCQ​

Born on July 12, 1995 in Charleston, South Carolina, Cody will always be remembered as the life of the party. With a mischievous gleam in his eyes and a smile on his face, he could be counted on to make people laugh, and if he wasn't doing that, he was probably playing a joke on someone. As a teenager, he had wanted to pursue an acting career, and his dramatic flair made a lasting impression. Cody was tender and he cared deeply about people-he loved his family and friends and remembered all those who had touched his life in some way. If Cody ever saw anyone by themselves, he would always be the person to go talk to them and make a new friend. His love for others spilled over into a love for animals, too. As a child, he brought a wild baby raccoon home (which he wanted to keep as a pet) and growing up, his family had a house full of dogs. He had future plans to take classes to become a conservation agent and dreamed of working with apes. Cody was athletic-he played football as a middle schooler and was a member of the West Ashley High School wrestling team. He enjoyed bow-hunting and was most at home in the woods, camping or mudding with friends. His other interests included working on cars (his dream was to rebuild a 1968 Chevelle), solving mechanical issues, and playing video games. He graduated with honors and while he earned a Palmetto scholarship, he chose instead to follow in the footsteps of his grandfather, George Stiefel, a Pearl Harbor survivor, by serving his country in the U.S. Navy.

He attended boot camp and advanced electronic school in Chicago, Illinois. In Norfolk, Virginia, he attended C-school and upon completion was assigned to the USS John C. Stennis in Bremerton, Washington where he participated in an around-the-world deployment that finished in Norfolk, VA (and which made him a "Shellback," an honor among sailors in recognition of crossing the equator). He served as FC3 while manning both the Close-in Weapons Systems (CIWS) Sea Wiz and Nato Sea Sparrow, two of the ship's most important defensive weapons systems.

During his time in the navy, he picked up First Class Petty Officer on his first attempt. He was also awarded multiple Navy and Marine Achievement Medals for his dedication to exceptional leadership along with earning the the title of Enlisted Surface Warfare Specialist. He was able to serve on two deployments while onboard CVN-74, giving him the opportunity to see and experience exciting places like Marseille and Paris, France; Dubai, UAE; the Philippines; Thailand; Guam; Bahrain; Singapore; and South Korea.

While in the Navy, he made several very close friends that became his family. He also met the love of his life, Summer Lujano Couch of Tulare, California. This time last year the family was frantically preparing for their wedding, a small Covid wedding with only a few close family and friends in attendance, and of course, Reaper and Ozzy, his beloved pet dogs who served as ring bearers. He looked forward to the day he would have children and be able to take them fishing.