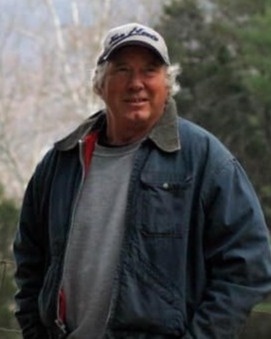 Al was born on May 16, 1949 in Newton, North Carolina, to Clarence Alfred Hollar, Sr. and Pauline Swain Hollar.  He graduated from North Charleston High School and attended Palmer College before graduating from Northeastern University in Boston. He received his master’s degree from the University of South Carolina.  He loved his longtime career with the Virginia Department of Corrections, where he worked for over 30 years; he retired from corrections after serving as Warden of Pulaski Correctional Center and Assistant Warden at Bland Correctional Center.  In his retirement he moved back home to the Lowcountry and embraced volunteerism by serving as a guardian ad litem for children in foster care and working in grassroots politics as District Captain for the Convention of States.

Al was an ardent patriot who loved the United States, its constitution, and its history.  His keen sense of humor and quick wit could bring levity and laughter to almost any situation. He began playing the guitar as a teenager and possessed a deep love of music; he and May enjoyed attending many concerts together over the years.  He was a “people person” who always appreciated spending time with friends, colleagues, and neighbors in his Park Circle community of North Charleston as well as in the White Gate community of Virginia, where he lived and worked for many years.  Al quietly and selflessly provided care, support, and love to many family members suffering from illnesses over the years. He was a constant and steadfast tower of strength during difficult times and the first person his children would turn to for words of wisdom.  May referred to him as “Mr. Everything” because he could do anything, from pruning azaleas to giving sound advice. His strong faith in God was particularly evident in his example of uncomplaining, unflinching courage in the face of cancer and in his consistent reassurance to his children throughout their lives that “God’s in his heaven, all’s right with the world.” But above all of these things, Al’s finest legacy will always be the deep and unconditional love he had for his family, which will endure for generations beyond his own.

Al was preceded in death by his parents and by his beloved brother-in-law, Huey Hedden.  In addition to his loving and devoted wife, May, he is survived by his daughters, Pauline Elgin Hollar Pauley (Andrew) of Botetourt County, Virginia, and Virginia Swain Hollar of Wytheville, Virginia; brother, Herbert Lee Hollar (Sharon) of Summerville; sister, Mary Hollar Hedden of Hamilton, Georgia; and his niece and nephews. His grandchildren, Preston Finn Pauley and Maren Blythe Pauley, were his pride and joy.

“Listen, I tell you a mystery: We will not all sleep, but we will all be changed—in a flash, in the twinkling of an eye, at the last trumpet. For the trumpet will sound, the dead will be raised imperishable, and we will be changed.” -1 Corinthians 15: 51-52
His funeral service will be held on Thursday, September 29 at 2:00 pm at The Church of the Resurrection, located at 5103 North Rhett Avenue, North Charleston, with Reverend Mark Avera officiating. The family will receive friends at the church an hour prior to the service.

Memorial donations may be made in Al’s honor to The Church of the Resurrection in North Charleston.

To order memorial trees or send flowers to the family in memory of Clarence Alfred "Al" Hollar, Jr., please visit our flower store.