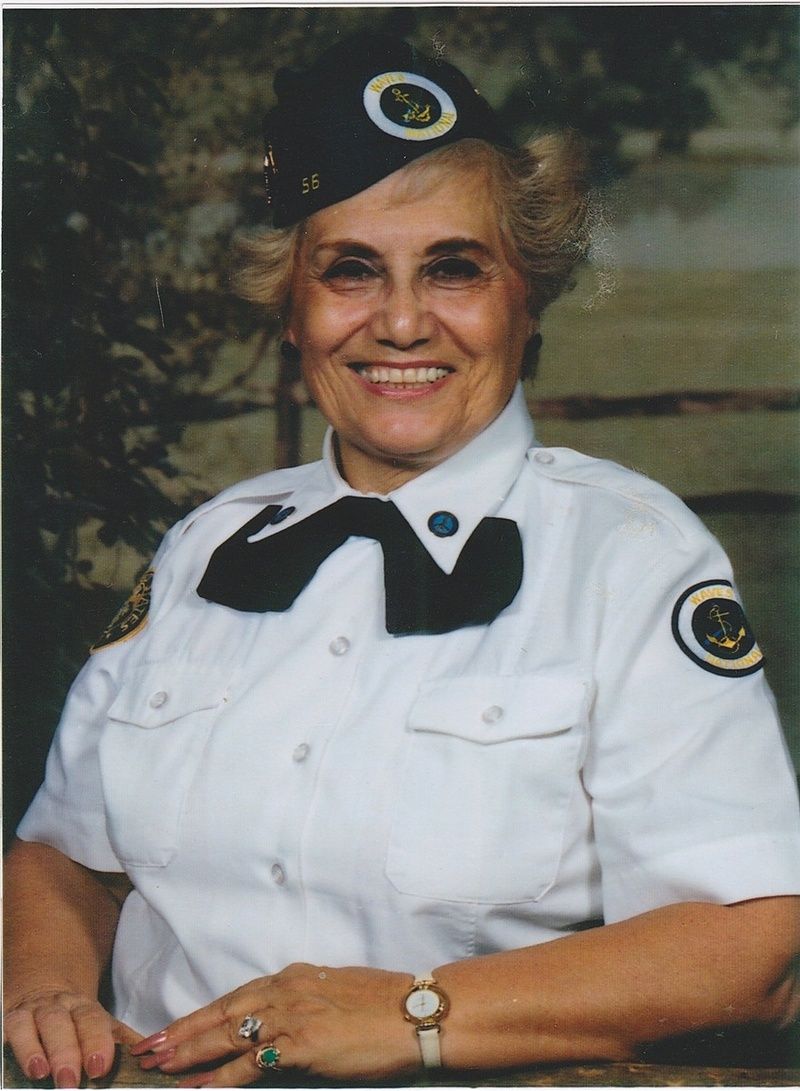 Claire D. Moore, 100, of Mount Pleasant, South Carolina, wife of the late Frank T. Moore entered into eternal rest Friday, February 18, 2022 with her daughter and son-in-law by her bedside at the Robert H. Johnson VA Medical Center. Her graveside service with military honors will be held at a later date at Sarasota National Cemetery in Sarasota, FL. Arrangements by J. Henry Stuhr, Inc. Mount Pleasant Chapel.

Claire was born August 11, 1921, in Newark, New Jersey, daughter of the late Louis D'Amico and the late Nina Trematore D'Amico. She was a quick student, learning to speak English with the help of her first grade teacher. She graduated high school at 17 and dreamed of becoming a playwright. She joined the Navy right after high school and served in Newport, RI, during WWII, where she met the love of her life and future husband Frank on the dance floor.. Claire and Frank began their married lives after World War II setting up family life in Queens, NY for 35 years. While Claire worked as a beautician in the neighborhood, she also had many interests, volunteering as a den mother, doing needlepoint, enjoying Broadway shows, and making creative Halloween costumes. She was an avid bridge player and soon became a Life Master. After retiring with Frank to Venice, Florida in 1976, Claire finally learned to drive. She never forgot her Navy roots and started the first WAVES, later Women in the Military Unit, in Venice, Florida. Her hobbies expanded to the arts. She studied the Impressionists, collected many art books, took art classes, and enjoyed painting beach scenes in both watercolors and acrylics. She painted the stage sets at the Venice Little Theater and is included in their Honor Roll for her many years of volunteer work. Claire won many awards for ballroom dancing competitions. Her home was always filled with music of all kinds, jazz, show tunes, opera, big band music and of course, with popular singers like Mel Torme, Tony Bennett, and Frank Sinatra. Collecting and reading books gave her enjoyment, even to the last days of her life. She learned to use her computer to play solitaire, read emails and Facebook and FaceTime with family. In 2016, Claire moved to Franke's in Mount Pleasant to be closer to her family. She will be remembered by those who loved her for teaching them to play May I and Hand and Foot, for her extensive collection of high heels, her sense of humor, her enjoyment of life, and when she turned 100, she was still dancing.

She is preceded in death by her son Michael Iovino.

In lieu of flowers, please gather your family together for an Italian dinner and toast "cent'anni" (may you live 100 years) with your loved ones.
To order memorial trees or send flowers to the family in memory of Claire D. Moore, please visit our flower store.