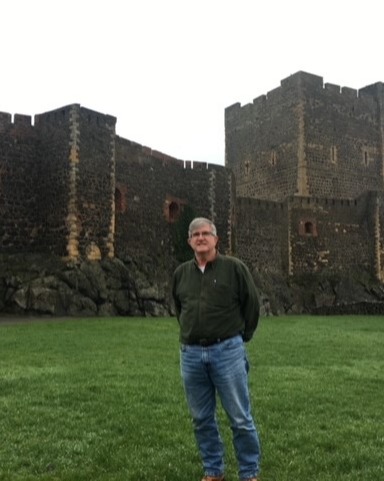 Charlie was born August 29, 1953 in Carlisle Barracks, Pennsylvania, son of the late James Irvin Muir, Jr. and Lucile Grace Muir. He graduated from Porter Gaud School as a boarding student and went on to graduate from the University of South Carolina. Charlie owned Southern Nature Landscaping and Maintenance.

When he entered the world, he was Charles Henry Muir II. When he left it, he was known by some as Hank and by others as Charlie, but he was known by everyone who ever crossed his path as beloved.

Charlie’s love of the earth began as a child working side-by-side with his mother in her garden. This same love led him to begin his career as a geologist, but it was only natural that he returned to the garden. Charlie loved his calling and managed some of Charleston’s oldest and most beautiful landscapes. He was born to be Mother Nature’s caretaker. Upon hearing the news of his death, one who knew his work remarked that she will never put her hands in the dirt again without thinking of Charlie.

His philosophy on life was to treat people the way you want to be treated. “It’s as simple as that,” he said more times than we can count. It was not just a philosophy with Charlie, it was how he lived. You could see this in the love Charlie had for his family and friends, and humble to the end, he was overwhelmed and deeply touched by the outpouring of love when the seriousness of his illness became known.

Charlie filled every hole he ever dug. With his death, we are left with a hole that we can fill only with our wonderful memories of him.

Memorials may be made in Charlie's name to the charity of one’s choice.

To order memorial trees or send flowers to the family in memory of Charles Henry Muir II, please visit our flower store.