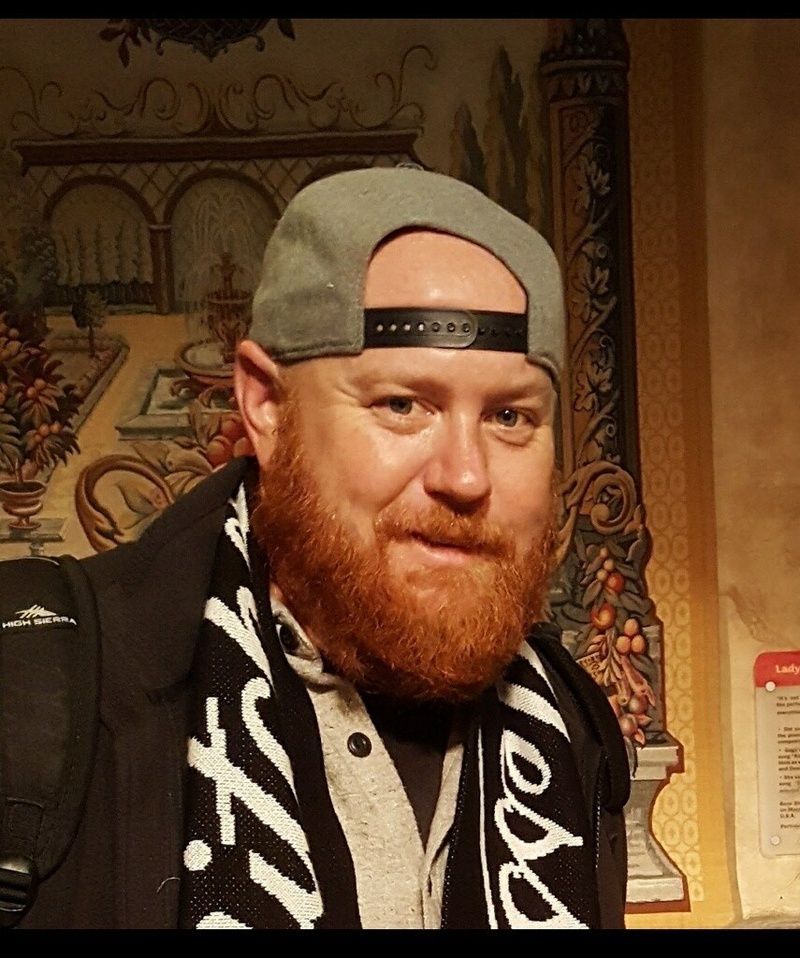 Chadd Eugene Buenting, 40, of Johns Island, South Carolina, son of David and Irene Buenting and husband of Elizabeth Boyer, entered into eternal rest on Saturday, October 2, 2021. His Funeral Service will be held on Friday, October 8, 2021 in the J. Henry Stuhr Inc., West Ashley Chapel, 3360 Glenn McConnell Parkway at 1:00 pm. Interment will follow at Live Oak Memorial Gardens. The family will receive friends on Thursday, October 7, 2021 from 5:00 pm to 7:00 pm in the West Ashley Chapel.

Chadd was born December 5, 1980 in Charleston, South Carolina, to David E. Buenting and Irene Pye Buenting. He was a feisty red head and the only boy which he would remind you of often. Especially when he was in trouble. He grew up attending Holy Spirit Catholic Church where he was an altar boy. He graduated from Sea Island Academy where he excelled in sports. He also held some school records for sports. He played baseball, football, and basketball, but baseball and football were he passions. Besides sports, the other thing he enjoyed to do in high school was protecting his sisters and make sure nobody ever messed with them. He had a bond with his sisters that was unbreakable. After graduation, Chadd followed in his dad's footsteps and became a linemen. He loved being a linemen, but he eventually went a different route in life and found a job he loved at Terracon.

Chadd's greatest day of his life came the day he became a dad. His children were his whole life. What he wanted most in life was for his children and parents to be happy and he made sure they were. Chadd enjoyed everything outdoors. Sports, hunting, fishing, riding his motorcycle and taking the boat out. He enjoyed these even more when he did them with his children. He wanted to make memories, and that he did. He made memories that we will all cherish and hold in our hearts.

In addition to his parents and Elizabeth, Chadd is survived by his sons, Chaddwick and Dylan Buenting; daughters, Riley and Avery Buenting; sisters, Tiffany (Chris) Romanchek, and Brooke (Kenneth) Hamby; grandparents, Donald and Betty Tumbleston, 5 nieces and numerous extended family members. He was preceded in death by his grandparents, Cyrus and Sondra Pye and Eugene and Claudia Buenting.

Memorial donations may be made in Chadd's honor to The Carolina Children's Charity which is a charity that Chadd held near and dear to his heart.
To order memorial trees or send flowers to the family in memory of Chadd Eugene Buenting, please visit our flower store.