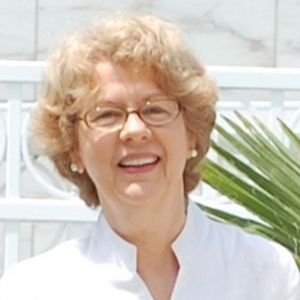 Carolyn Cobb Hurren of Mount Pleasant, South Carolina, beloved wife of Weiler Reeder Hurren, Ph.D., died Thursday, 31 March 2022. The relatives and friends of Mrs. Carolyn Cobb Hurren are invited to attend her funeral service on Friday, April 8, 2022 in The Church of Jesus Christ of Latter-Day Saints, 2115 No. Hwy. 17, Mount Pleasant at 10:00 a.m. Interment will be in Magnolia Cemetery, Hartsville, SC at 3:30 pm.

Mrs. Hurren was known for her refinement, love of uplifting music, cheery wit and easy laughter, love for animals and devotion to family. Carolyn was born March 2, 1938 in Hartsville, SC, daughter of the late Byron Lee Cobb and the late Sally Louise (Bethune) Cobb. Carolyn was a graduate of Coker College. She completed her bachelor's degree in elementary education in 1960. 1960 proved to be a crucible of beginnings. In March Carolyn met Mr. Hurren -a graduate student at the University of South Carolina- at a church function. Courtship followed and a few months later an engagement was announced. Celebrations were brought suddenly and unexpectedly to an abrupt halt by the unanticipated death of her father in July 1960. At length, Weiler and Carolyn were married on August 13, 1960 in Hartsville.

After marriage Mrs. Hurren taught Second Grade for several years before dedicating her time to raising a family.

Mrs. Hurren gave 60 years of service to The Church of Jesus Christ of Latter-Day Saints into which she was baptized in 1954. She served in leadership and teaching capacities and in other various positions.

Mrs. Hurren loved the ennobling and enriching affects of the best music. She played the piano and organ for her local congregations for 40 years. She taught piano to scores of children and youth and imbued in them a sense of achievement and enthusiasm through and for music.

Mrs. Hurren loved animals and wanted to take in every lost, wayward, injured or lonely pet that crossed her path. Few pets, however, tickled her more than cats and their antics.

Mrs. Hurren was an avid gardener. She worked diligently alongside her husband taming the wilderness and bringing order and blossoms to wherever they lived. She worked for many years with the Hobcaw Garden Club.

She was preceded in death by her parents and her husband.

In lieu of flowers, a memorial may be made in her name to the Animal Welfare Institute, www.awionline.org, or Petsmart Charities, www.petsmartcharities.org.

To order memorial trees or send flowers to the family in memory of Carolyn Cobb Hurren, please visit our flower store.
Send a Sympathy Card