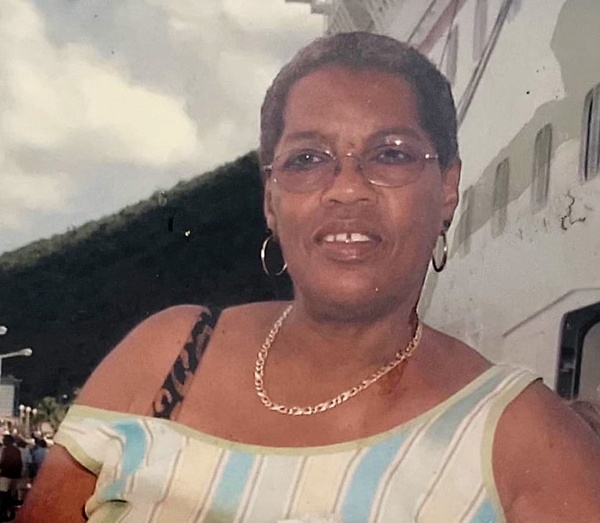 Carol Jean James was born on February 3, 1939 in White Plains, New York, the daughter of the late Johnny Edmundson and Ethel Bennett. She was called home to be with the Lord on May 24, 2022 at her home in North Charleston, South Carolina.

After graduating from high school she went on to further her education and received her Associate Degree in Mental Health.

Carol was a extremely hard worker. She was multi talented and worked in many capacities. She worked as a security personnel for the Allied Security Company from 2003-2007. Another passion she had was working for the Mentor Network from 2007-2015. She was hired in the position being a caregiver for the mentally and physically challenged adults.

Carol’s pastime was also multitasking making jewelry, gardening, arts and crafts, making quilts. Her creativity never ended there, for the holidays she made beautiful wreaths. She said it was very therapeutic for her. Carol was always a “fashionista “. She was always on top of her game when it came to fashionable clothing, shoes, bags, hats and jewelry.

In 1956, Carol met the love of her life, Frank James. Their union was blessed with four children, Frank, Jr. (deceased), Darlene, Cheryl and Darron. After the passing of her first husband, she fell in love again with another life long partner, Richard Anderson. From this union they were blessed with another blessing, a daughter, Tamieka. June 1980, after the passing of Carol’s eldest son, Frank Jr., she felt it was time to relocate from New York. She decided to relocate to Charleston, South Carolina to start a new life. Carol found a new church home and family at Mt. Missionary Baptist Church in North Charleston, South Carolina. She started bringing her grandson Malik and he joined the church in 2006. After accepting Christ in her later years, she decided to be baptized and in 2010 she became a member.

Carol was known as “C.J.” to her family and friends. She was a loving and devoted person. Carol was very opinionated and would have no problem of telling it like it is. She had a way of lifting anyones spirit without uttering a word, just by walking in the room with her inner glow and infectious smile. So much about her will remain with us-her kindness, smile and Godly Spirit will be remembered by all who knew and loved her.

Her strength, kindness and unwavering passion for the Lord was reflected in the devout life she led. She was a woman of utmost faith, character and love and will forever be missed.

To order memorial trees or send flowers to the family in memory of Carol Jean James, please visit our flower store.