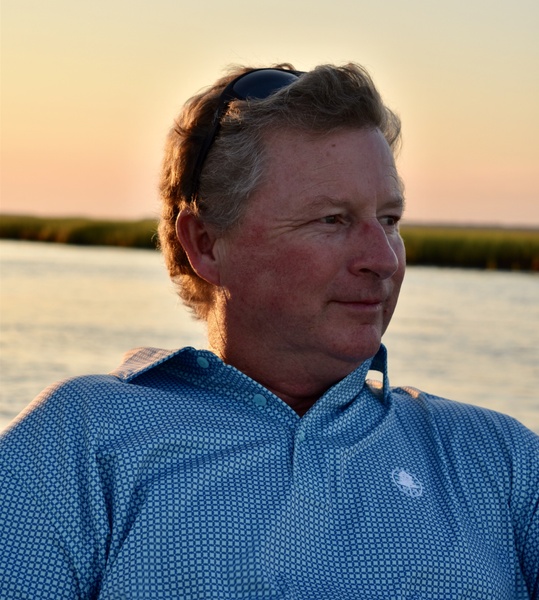 Owen was born on June 29, 1965 in Richmond, VA to Dr. B. Owen Ravenel, Jr. and Nancy Hamrick Ravenel. Owen was mostly raised in Charleston. He graduated from Bishop England High School and earned his bachelor’s degree from Clemson University. Owen established Exteriors by Ravenel in 1997 and ran the landscaping firm until his death. A passionate outdoorsman, he reveled in the sport and camaraderie of hunting with his sons, extended family, and friends. Being outdoors included time spent on nightly golf cart rides or in the boat in the company of his beloved dogs, Sassy and River. A consummate cook and host, gatherings were common at the Ravenel home, as many could find “Big O” on the back porch celebrating holidays with his family or watching his Clemson Tigers with his closest friends in the fall. The two years that Owen spent as a child in Switzerland and Vermont created in him a love of snow skiing and the mountains.

Owen is survived by his wife and best friend of 30 years and his sons Benjamin Owen Ravenel IV (Charlotte) and Daniel Haring Ravenel (Charleston). He is also survived by his mother Nancy Hamrick Ravenel of Mount Pleasant, his stepmother Virginia Condon Ravenel of Charleston, and his siblings Kate Ravenel Reid (Scott) of New York, NY, Mary Ravenel Anderson (Bissell) of Wadmalaw Island, SC, William Christopher Ravenel (Ashley) of Mount Pleasant, SC, and Ernest Condon Ravenel (E.B) of Charleston, SC.  He will be missed by all his Hamrick, Ravenel, Croft, and Gladden nieces and nephews and his countless friends.

Memorial gifts may be directed in lieu of flowers to the MUSC Foundation/Hollings Cancer Center, 18 Bee Street, MSC450, Charleston, SC 29425.

To order memorial trees or send flowers to the family in memory of Benjamin Owen Ravenel III, please visit our flower store.
Send a Sympathy Card