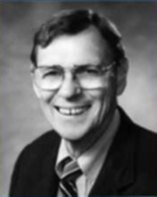 Arthur Ravenel, Jr. was born March 29, 1927, to Mary Allen Boykin and Arthur Ravenel in Charleston, SC. He was raised on his father's small farm in St. Andrew's Parish. He attended public schools and was an Eagle Scout. After his graduation from St. Andrew's High School, he volunteered for the United States Marine Corps and was called to duty on his 18th birthday. After his service with the Marine Corps, he attended The College of Charleston on the GI Bill and graduated in 1950 with a degree in history. His first job was with the Westvaco Paper Mill as a laborer and in 1952 he started a home improvement business and built it into a successful general contracting and real estate firm so that he was able to retire at the age of 50 and devote his full energies to public service.

Mr. Ravenel began his career in politics in 1953 when he was elected to the SC House of Representatives where he served until 1958 and earned a reputation for being a conservationist. In the early 1960's he was instrumental in helping to build the modern day Republican Party, serving as the First District Chairman, the state finance chairman and as a Goldwater Delegate to the GOP Convention in San Francisco in 1964. In those early days of the GOP, he ran several unsuccessful races for the SC Senate and finally, in 1980 he and Glenn McConnell were elected as Republicans to the State Senate. In 1986 he ran for the US Congress upon the retirement of Thomas Hartnett and served four terms in Washington. In 1994 he ran for Governor but was defeated in the GOP Primary. In 1996, upon the request of Mayor Harry Hallman of Mt. Pleasant, he again ran for the SC Senate and led the effort to find the funding to replace the aging Cooper River Bridges. With the enthusiastic help of many, he accomplished the mission. The next year, frustrated with the failing schools in Charleston County, he again offered himself for public service and was elected to The Charleston County School Board.

During his long public service, Mr. Ravenel was affectionately known as "Cousin Arthur" for his tireless work on behalf of his constituents. In addition to helping find funding for the new bridge, he was also responsible for helping to secure the initial funding from the General Assembly to procure the Avery Institute at the College of Charleston. He was also instrumental in the creation of the Low Country Graduate Center, a cooperative venture of MUSC, The College of Charleston, The Citadel, USC and Clemson, through his efforts with the Charleston County Legislative Delegation and was particularly proud that it was done without the necessity of legislative action.

After the birth of his son, William, who has Down's Syndrome, he became a passionate advocate in creating and promoting services for the developmentally disabled and served as president of the SC Association for Retarded Children. He sponsored legislation with Senator Mescher of Berkeley County to prevent The Department of Disabilities from closing any of its habitation centers without a vote of the General Assembly.

A lifelong conservationist and environmentalist, he was successful in getting passed an amendment to the State Appropriations Bill to assign a modest percentage of the documentary stamp revenues to purchase and protect South Carolina's natural and cultural heritage sites for the Heritage Land Trust Fund, which owns over a hundred thousand acres. He with his wife, Jean Rickenbaker Ravenel, have placed conservation easements over some of their own properties.

In 1995, He was asked by Governor David Beasley to head up the newly formed Redevelopment Authority created to breathe new life into the closed Charleston Naval Base. Within a few months, he successfully guided the RDA to lease out vital portions of the industrial area, including the dry docks leased to a local firm. He also assisted the Academic Magnet School in to finding a new home on the Old Naval Base. When he left to return to the Senate, the RDA was well on the road to the outstanding success it now enjoys.

A life member of The Sons of Confederate Veterans, Mr. Ravenel was very proud of his grandfather, Edward Ravenel, who served as a courier on General Hardee's staff at The Battle of Bentonville in NC. Private Ravenel had been a member of the Stono Scouts which was made up of men from The Sea Islands surrounding Charleston and was led by Captain Walpole. While in the Senate, Mr. Ravenel was active in negotiations to remove the Confederate Battle Flag from the State House Dome to the Soldiers' Monument in the front of the Capitol.

During his service on the Charleston County School Board, he was most proud of leading the contentious and successful battle that resulted in the opening of the Math and Science Charter School.

A life long member of The French Huguenot Church, he was active in the revitalization of the church and traveled around the world interviewing prospective clergy for the reopening of the church. He served on its board for 55 years. He has also been a member of the St. Johns Hunt Club, The South Carolina Society, The Washington Light Infantry, The South Carolina Coastal Conservation League, The Carolina Yacht Club and The Fort Moultrie Camp of the Sons of Confederate Veterans.

The family wishes to express their appreciation to his wonderful caregivers Geraldine Jameson, Luc Maxineau, Philip Edles, Paul Dennis, and The Lutheran Hospice of South Carolina.

In lieu of flowers memorials may be made to The French Huguenot Church, 136 Church Street, Charleston SC 29401 or Confederate Home and College, 62 Broad St. Charleston, SC 29401.

To order memorial trees or send flowers to the family in memory of Arthur Ravenel, Jr., please visit our flower store.