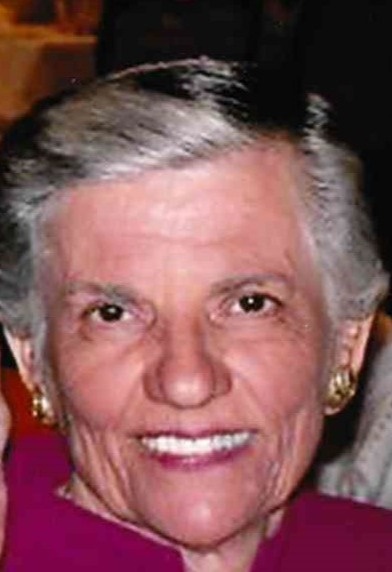 Angeliki Zecopoulos of James Island entered into eternal rest on July 28, 2022. She was the widow of the late Chris Zecopoulos of James Island. Her Funeral Service will be held Monday, August 1, 2022 in the Holy Trinity Greek Orthodox Church, 30 Race Street at 12:00 pm.  Interment, Live Oak Memorial Gardens. The family will receive friends Monday in the Holy Trinity Greek Orthodox Church an hour prior to the service.  Arrangements by J. Henry Stuhr, Inc. Downtown Chapel.

She is survived by her sons Telis Zecopoulos (Denise), George Zecopoulos (Emerald), Johnny Zecopoulos, and her daughter Tula Hilyer (Randy).

She will be missed by many nieces and nephews, cousins, and friends and koumbari in the Greek community.

Kiki, as she was affectionately known, was born on July 20, 1934 in Arta, Greece to Efstratoula and George Yiannaki. As a young girl, she and her family had to survive the Nazi occupation of Greece and during the war her father became disabled and died. After the war and the Greek Civil War, Kiki and her twin sister Alexandra, her older sister Patricia, and her mother decided to immigrate to the US to start a new life. They immigrated to the US in 1951 and eventually made their way from New York to Charleston, SC.

In 1955, she married Chris Zecopoulos and they were married for 53 wonderful years. Together they raised four children, owned and operated Chris and Jerry’s supermarket on Folly Beach, and
were active in the local Greek community. When they sold the store in 1994, she did what all Greek yiayias do; cook, take care of and spoil grandchildren, and talk.

She was most comfortable at home as a wife, mother, cook, and avid gardener. She loved sports, especially basketball, pro wrestling, and football and was always present at sporting events for her children and grandchildren.

She was very close to her late twin sister Alexandra Spetseris and they spent many hours together over coffee and sweets. She was an active member of the Holy Trinity Greek Orthodox Church.

The family would like to thank the many caregivers that helped with yiayia these last tough years and they include Anna McGuinness, Geraldine Jameson, Danielle Pellegrino, Olivia Pettrucci, Taylor Mills, Pat Pettus, and Alice
Hilyer.

The staff at Ashley Gardens/Promedica were also very supportive.

In lieu of flowers, the family would like you to consider a donation to the new Hellenic center, Trinity Hall, at the Holy Trinity Greek Orthodox Church in Charleston, SC.

To order memorial trees or send flowers to the family in memory of Angeliki Zecopoulos, please visit our flower store.
Send a Sympathy Card