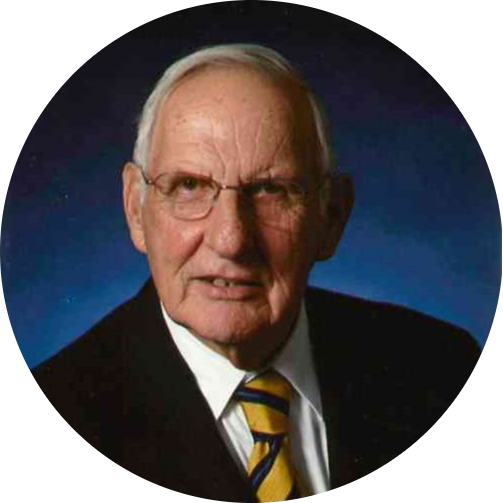 Aaron Whitney Leland, 90, of Wadmalaw Island, SC, husband of the late Daisy Barron Leland, entered into eternal rest on August 5, 2022. A service of worship and celebration of his life will be held at Johns Island Presbyterian Church on Tuesday, August 9, 2022 at 11:00 a.m. The burial will follow in the church cemetery. The family will receive friends Monday from 5:00 p.m. until 7:00 p.m. in the J. Henry Stuhr, Inc.,  West Ashley Chapel, 3360 Glenn McConnell Parkway, Charleston, SC 29414.

Aaron was a lifelong member of Johns Island Presbyterian Church. He was baptized as an infant, pumped the organ as a young boy and was confirmed as a teenager. In adulthood, Aaron served as deacon, elder, usher, Sunday School Superintendent and youth leader. In addition, he served on the Building and Grounds Committee and Nominating Committee. Aaron was ordained an Elder in 1972 and was humbled to be named Elder Emeritus in 2008. He enjoyed being a member of the men’s Thursday morning Bible Study for a number of years.

Aaron graduated from St. John’s High School in 1949 and Clemson A & M College in 1953. Upon graduation, he served as a 2nd Lieutenant in the Army. Upon honorary discharge in 1956, he returned to Wadmalaw where he farmed for 53 years. He began by sending grain crops (soybeans) to market and cutting cabbage and moved into planting many vegetables such as tomatoes, cucumbers, broccoli, sweet corn, squash, butter beans and snap beans. In the last 20 years of his farming career, he primarily planted strawberries for wholesale, retail and U-pick sales. He was featured in the Post and Courier’s High Profile article on his dedication and love of farming in July 2001. Aaron was named Outstanding Young Farmer in Region Eight by the South Junior Chamber of Commerce in 1965 and was a member of The Agricultural Society of S.C.

While farming had good years and difficult ones, Aaron remained determined and hopeful, trusting God to provide in the occupation to which He was called. He never could have envisioned a profession that he could have loved more. In the latter years of farming, he delighted in seeing folks come out to pick vegetables and fruit from the fields. It brought him joy to interact with excited customers rather than watch daily market prices rise and fall.

Aaron’s second love was for his family. He was a devoted son, brother, husband, father, grandfather and great-grandfather. He married the love of his life, Daisy Woodside Barron in 1961. After the birth of their two daughters, Aaron moved his family to the farm on Wadmalaw Island. Aaron loved his Lord and Savior, Jesus Christ, and sought to abide in Him. He passed on this love to his daughters through example and teaching, a gift for which they are most grateful. His grandchildren brought him much joy and his greatest blessing was seeing his children and grandchildren publicly profess Jesus Christ as their Lord and Savior. Aaron looked forward to his heavenly home and his family knows that he is basking in the glow of his Lord, well, perfected and full of joy and enjoying a reunion with so many beloved family members.

The family wishes to thank the staff at The Florence Presbyterian Community for their compassionate care over the past four years.

To order memorial trees or send flowers to the family in memory of Aaron Whitney Leland, please visit our flower store.
Send a Sympathy Card